This is the eleventh in a series of short essays/reminiscences by a variety of authors and friends of the press to help mark the quarter century mark of above/ground. See links to the whole series here. 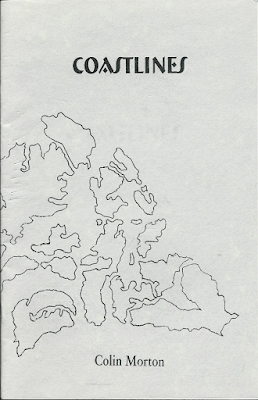 Around 1993, the books editor of the Citizen phoned me to ask, for an article, who were to most promising Ottawa poets under 25. I waffled a minute, saying that 25 is young to be judging a poet, it takes years to develop, then named the most active young poet I knew, rob mclennan. “But isn’t he mainly an impresario?” replied the editor, who had been talking to others before me. I admitted that may be true, but rob got his own back a few years later, winning a national award as most promising under 30. He has not slowed down since, showing what I’ve always said: that persistence, stubbornness, is half of what it takes to be any kind of artist.

I don’t remember at what Ottawa reading or literary event I first met rob, but first he wasn’t there, and then he was everywhere, organizing readings, handing out poems on single sheets of folded coloured paper, publishing magazines and chapbooks, often of his own lines and verses, but including everyone from the established and the iconic (George Bowering) to the newly arrived (Stephanie Bolster) and the aspiring student at Canterbury high school.

On the tenth anniversary of above/ground press, rob organized a reading and asked those of us reading to write a poem for an instant anthology. My poem was called “Ten Reasons for Staying Above Ground” and included, among the ten, “to see what rob gets up to next.” He hasn’t disappointed. There’s always something new, and the Internet has only amplified the range of his hyperactivity.

Mainly an impresario? It’s hard to maintain that about a writer with such a bibliography, but even if so, isn’t that great for the many he has helped? I’m still curious about what he’ll do next. 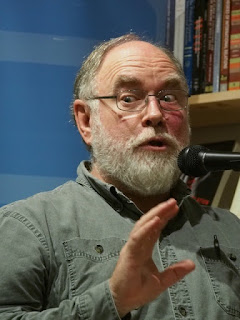 Ottawa poet Colin Morton [photo credit: Pearl Pirie] has published over a dozen books and chapbooks (including Coastlines, above/ground, 1999) ranging from visual and sound poetry to historical narratives. His other work includes stories and reviews, a novel (Oceans Apart) and an animated film (Primiti Too Taa).  www.colinmorton.net

Morton is the author of the above/ground press chapbook COASTLINES (1999). He also appeared in two issues of the long poem magazine STANZAS—issue #4 with Shannon Cowan (October 1994) and issue #11 with Aiden Baker (February 1997).