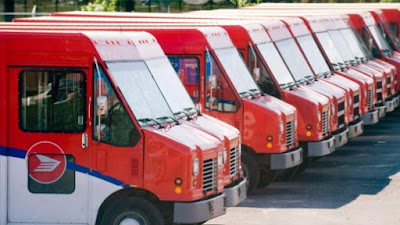 Given my hopes that Canada Post won't actually have that near-threatened mail strike, I'm celebrating their recently-announced re-attempts at negotiation with a summer sale! [unrelatedly, as you know, I've also been pulling out an absolute TON of backlist that is still available in very small amounts]

Titles in the current sale include:

After the Battle of Kingsway, the bees—
~ from volume 2 of thecanadaproject, The Heart of This Journey Bears All Patterns, commonly known as Thot-J-Bap, a long poemRenée Sarojini Saklikar

A Copyist, an Astronomer, and a Calendar Expert
Sarah Mangold

the vitamins of an alphabet
Sean Braune

A Precarious Life on the Sea
Sarah Burgoyne

Also: forthcoming titles include new chapbooks by Carrie Hunter, George Bowering, Geoffrey Young and John Barton. Watch for details soon on the big twenty-third anniversary launch/reading/party, as well as the usual fall notice for 2017 subscriptions! And for further backlist, check out the link-list of names on the sidebar, just to your right...

Don't go, Canada Post, we love you! (but you need to pay people fairly and get rid of the guy at the top. I mean, really...