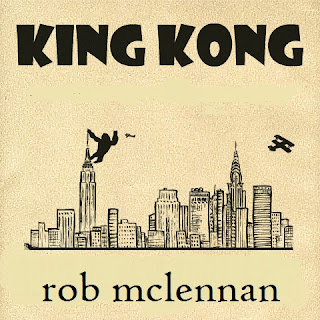 Transform an underlying idea. A swarm of man-made hazards. Sequences, aglow. Discarded bits from separation. Articulations. Detailed, like the snow. She sits down on the front step, mystified. Cohesion: orbit of a written voice.

Fugue particles in a distance; recurrent, rhythmic elements. Inevitable. The irritation of style.

Never far from thought: the earth rotates, tumbles, turns. A sequence of geometry. Too small to maintain its velocity. We say out loud. Crossroads, meteors, a flux in space. A reader who knows the comet’s tail. Rubble: which constitutes a cadence of modest dimension.

If the moon has its own sub-moons.

Concave: we would perish, like a weed. The same depth of analysis. Dissolve, manipulation. The weight of light to me, is. False sense of the contemporary. A destructive tiny fleck of paint. Proliferate. A connection: which would clean house.

Fashionistas, fusionists. What comparisons. Bodily things, animated fluid. We stare out into space, know not the colour dark. Count how many times the moon has nearly drowned. The other has to stand aside.

Morose of virtue, shielded. Dust motes, in a catch of spotlight. Withers. Unconscious, shifting forms. Hypervelocity. A trick of reflected light, refracted. Solids, hurtling through space; a body, falls. It skids across the atmosphere.

Compounding legion, intimate. I want this not to matter. Matter.

Originally published by Apostrophe Press as a handout for rob mclennan’s induction into the VERSe Ottawa Hall of Honour as part of VERSeFest 2016, March 20, 2016.

Born in Ottawa, Canada’s glorious capital city, rob mclennan currently lives in Ottawa. The author of nearly thirty trade books of poetry, fiction and non-fiction, he won the John Newlove Poetry Award in 2010, the Council for the Arts in Ottawa Mid-Career Award in 2014, and was longlisted for the CBC Poetry Prize in 2012. His most recent titles include notes and dispatches: essays (Insomniac press, 2014), The Uncertainty Principle: stories, (Chaudiere Books, 2014) and the poetry collection If suppose we are a fragment (BuschekBooks, 2014). An editor and publisher, he runs above/ground press, Chaudiere Books, The Garneau Review (ottawater.com/garneaureview), seventeen seconds: a journal of poetry and poetics (ottawater.com/seventeenseconds), Touch the Donkey (touchthedonkey.blogspot.com) and the Ottawa poetry pdf annual ottawater (ottawater.com). In 2015, he was named “Interviews Editor” for the online journal Queen Mob’s Teahouse. He spent the 2007-8 academic year in Edmonton as writer-in-residence at the University of Alberta, and regularly posts reviews, essays, interviews and other notices at robmclennan.blogspot.com

To order, send cheques (add $1 for postage; outside Canada, add $2) to: rob mclennan, 2423 Alta Vista Drive, Ottawa ON K1H 7M9 or paypal at www.robmclennan.blogspot.com
Posted by rob mclennan at 2:14 PM