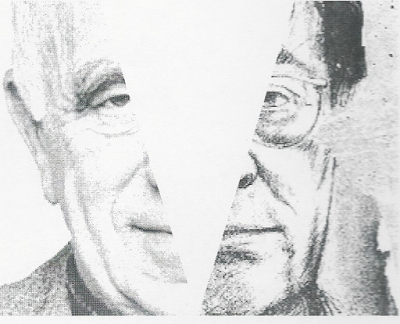 Let's go as we are:
wills patched with many patches
and my song needs to breathe:  poetry isn't poetry
because of the wall.
Which exile do you want?

Pete Smith: Born mid-century in middle of England. Became an ex-non-pat in 1974. Has lived in Kamloops area of BC since then. Is almost ready to write from that place, meanwhile writes from meetingplaces with poets, artists, photographers, composers, rogues & rascules of different ethnicities, genders, aesthetics, eras etc to discover who else he might be. Has published in USA, Ireland, Canada, England & in the wherever of on-line. A scatter of chapbooks, essays, interviews & reviews plus one preposthumous book, Bindings with Discords, 2015, from Shearsman (UK). No academic record of his existence. A New Love/ An Aching Stone may be his most important & is certainly his most impotent work. Thanks for asking, rob mclennan.

A New Love/ An Aching Stone is Smith’s second chapbook with above/ground press, after STRUM OF UNSEEN (2008).