new from above/ground press: A Tale of Magicians Who Puffed Up Money that Lost Its Puff, by Kaia Sand 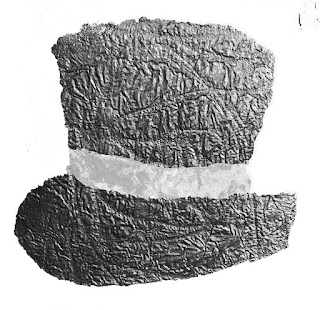 Early in the fall of 2010, Jules Boykoff, our daughter Jessi Wahnetah, and I visited whistler and magician Mitch Hider in Eugene, Oregon, USA, where he whistled as a human jukebox in his driveway, then staged a magic show in his living room. Afterward, we brainstormed ideas about creating a magic show to tell the story of the shenanigans and deceit surrounding the 2008 financial collapse. Over the next couple of months, I wrote a script, mailing drafts to Mitch, and we would then talk by phone, dreaming up magic tricks to intersect with the script. All the while, Jules provided feedback. As I doggedly aimed to describe the lead-up to the financial collapse, I hoped to accomplish this with playful language, so I frequently tried out the language on eight-year-old Jessi.

On December 1, 2010, we performed the show at Field Work, an art space in downtown Portland, Oregon that inhabits a former retail space slated for demolition. I played the role of storyteller, Mitch performed the magician known as the Fabulous Mitchelli, and Jules served as the Magician’s Assistant. Jessi organized children’s participation from the audience, and Jen Coleman was an audience volunteer. Meg Eberle, Sue Schoenbeck, Marjorie Pratt and Jessi all created props. The magic show was part of a larger Econ Salon, a format I began curating in 2008 by bringing together poets, artists, economists, and activists to better understand the financial collapse and organize creative responses.

Video footage of the premiere performance is available at http://kaiasand.net/happy-valley-project/


Kaia Sand is the author of Remember to Wave (Tinfish Press 2010), a book that is also a walk Sand led in Portland investigating political history and current goings-on. She is also the author of the poetry collection interval (Edge Books, selected as a Small Press Traffic Book of the Year 2004); co-author with Jules Boykoff of Landscapes of Dissent (Palm Press 2008); and her poetry serves as the text for two of the books made by Jim Dine for Hot Dream: 52 Books (Steidl Editions 2008). Sand has created many chapbooks for the dusie kollektiv, and links to these, as well as many of her poetry projects, can be found at the webpage http://kaiasand.net. Sand is currently working with Garrick Imatani as Artists in Residence at the Portland Archive and Records Center.

Produced, in part, as a handout for the 2013 AWP Conference and Bookfair, Boston MA, March 6 – 9. Thanks much to Sarah Rosenthal and Jill Stengel for their help and support.

To pick up a free copy at AWP, head over to the combined Black Radish / Dusie booth.