new from above/ground press: The Art of Plumbing, by Brecken Hancock 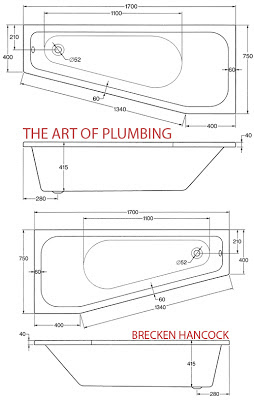 The Art of Plumbing


Beforetimes. Uranus culls his gilded camels and bathes in the Baikal, the Zaysan, the Lanao. He wades in low-lying planes; spas in every rain-filled meteor crater. Sixty-fourth parallel, March. Sunlight fires a salvo off his lover’s collarbone. Gaia’s slums hoard water, asmat mud and patches of pubic forest. Her valleys are aqueducts feeding antechambers of lakes: caravans of bathtubs clawing overland talon by talon according to deep time, glacial wake, geochemistry. Lake Agassiz Basin. Morass hollow, calderas. Gathering my hair off the pillow, I rise from the spill on our sheets to bathe.

Oceanus—Titan of the brackish Atlantic, master of Ketos and Kraken, conductor of sky to land. Half man, half serpent; horizon marks the fix. Biceps of accumulated cloud ceiling the sea. He’ll rip your ship apart for a violin. His tail’s a woman’s braid dropped deep. And over its mucus and muscled carbuncles, legions of mollusc princes ascend, knot by knot by octopus tapis—crabs’ pincers and half-spumed clams—through bergs of cloying oil slick, plagues of dross, black-blooming purple, and a drowned Cassiopeia of phosphor. Abyssss. Germs fermenting in the kegs of their slow-moving shells. Up through the punch holes of Poseidon’s belt, out through the tunnels of his prosthetic manifold, svelte pipelines, immaculate taps—an invertebrate army comes to kiss the slit where my tail splits, two legs.

Brecken Hancock’s poetry, essays, and reviews have appeared in CV2, Grain, Arc, The Fiddlehead, and Studies in Canadian Literature. Originally from Middle Lake, Saskatchewan, she’s since lived in Fredericton, Reykjavik, and Kyoto, but she’s also been home to hold residencies at The Bruno Arts Bank, a converted historical building in rural Saskatchewan. Her first full-length manuscript of poems, Broom Broom, is forthcoming with Coach House Books. She has work in the latest issue of ottawater and poems in an upcoming issue of Event. Brecken lives and walks dogs in Ottawa


[Brecken Hancock launches The Art of Plumbing in Ottawa at The Factory Reading Series on February 22 alongside Abby Paige, Hugh Thomas and Michael Blouin]