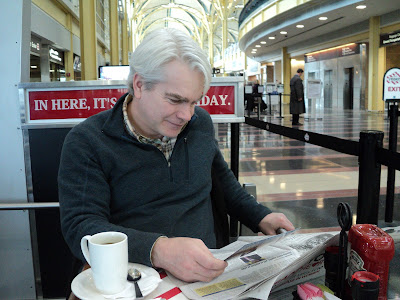 Stephen Brockwell is the author of 4 books of poems. Fruitfly Geographic won the 2004 Archibald Lampman Award for the best book of poetry by an Ottawa writer. His Excerpts from Impossible Books is an interminable work in progress. Brockwell runs the small business www.brockwellit.com from his basement, borrowed office space and coffee shops. Brockwell is also the author of a number of poetry chapbooks, including three from above/ground press: Marin County Poems (2001), Impossible Books (the Carleton Installment) (2010) and the most recent Excerpts from Impossible Books, The Crawdad Cantos (2012).