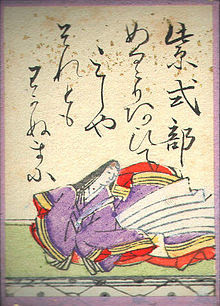 With nothing to do but wait, kept alive by sprays and medical potions – to distract himself – Andrew agreed to work with Phil on a collaboration.

Andrew suggested the Japanese court poet Murasaki Shikibu (973 – 1014); her 5-line form might be a place to start.

The shuffle served its purpose, and now surprises and delights them both.

Andrew Burke was born in Victoria, but raised in Western Australia. Since the mid-Sixties, he has published nine collections  of poetry. His most recent book of poems is QWERTY- take my word for it (Mulla Mulla Press, 2011). He has also published short stories, a novel, and criticism. He has lectured at universities in Australia and China. Readers may read his daily musings at http://hispirits.blogspot.com/

Phil Hall [see rob mclennan's lengthy essay on his work, here] is the 2011 winner of the Governor General's Award for Poetry in English for his book Killdeer (BookThug). Other recent titles are The Little Seamstress (Pedlar Press, 2010) and White Porcupine (Bookthug, 2007). He is a member of the Writers' Union of Canada. Everything escapes him.