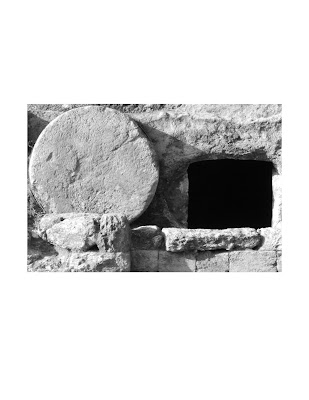 Now I have lost myself, I am sick of baggage.
Sylvia Plath, Tulips

Pain thrusts me out of a good dream. I lick sweat from my upper lip, the white hot stab into my spine, a knife blade of agony, metal scorch. I slouch too much. My posture is bad. A ghost has told me so.

I inherited this gloom from Victorian ancestors, my father’s sister locked in the attic for loving  a boy, starved herself to death. Who knows what else weighs down my genealogy. I imagine a deep lake surrounded by fog, dark clouds rising. A solitary figure rowing toward mountains of slate with traces of blood in the rock.

I type out near-naked optimism but the words are vulnerable. They fall off the page. Leaving only SOS in Morse Code.

Days when the fringe is salvation from unbleached gullibility. I continue as other. Your counterpart alien. Our skin doesn’t fit. It covers up our sparks.

The close bite of regret because I can’t love anyone who blows their trumpet, worn out, no longer shining. I won’t settle. I inflame. I pick the orange card from the deck: synonym for burning.

I enlarge photographs of murdered temperaments. Close up of a snapped wing, contorted torso unfeathered and naked, a gaping mouth in madder red, its last sound bludgeoned.

Cannot control outer turbulence. Heaven doesn’t want me. Demons gnaw at my anxiety, a tasty gizzard. I am offal, leftover heart and spleen, undesirable and cheap.

Let’s be lovers in soft focus. Triangulate our mutual terror for a selfie.

A stream of fear-mongering invective rules the Internet. For a quarter century I thrived off grid. I don’t mean to suggest it was perfect. I ran away daily from the family red-brick. Angsty bike-rides where I fell on gravel, the relief of scraped knees. Wounds I could see.

Flashes of heat and cold and insight and melancholy and temper and focus. This mercurial age. Look forward to a decade of mood swings, says the fortune cookie. Lucky Numbers: 10, 65, 100.

This work is a guided remix. I collected 300 nouns from Gwendolyn MacEwen’s Volume One, the Early Years, and Adrienne Rich’s Collected Poems; 300 verbs from Anne Sexton’s Selected Poems and 300 qualifiers from Sylvia Plath’s Collected Poems.  I placed each category into bowls and drew index cards like one would Tarot cards, to tell the fortune of the speaker of the poem, a woman in her fifties who is entering menopause. As Jack Spicer has said in his reference to the French poet René Char: “There’s plenty of fudging that’s allowed in this kind of thing. But the old thing that René Char said, he said that the poet should have a sign on his wall saying, ‘CHEAT AT THIS GAME.’”   I used the words I pulled from the bowls either directly or came up with an associated image. In the editing process, some of these disappeared; some were added. I went through the bowls ten times and wrote ten poems for each pass. The number 10, in numerology is a symbol of change. In Hebrew it is the number from which all things come and to which all things must return. In the Kabala it is the Tree of Life and represents an old soul. Each suit in the minor arcana of a tarot deck has ten cards. Section titles represent the major arcana: people, animals and things from Sylvia Plath’s Lady Lazarus. I envisage tarot-card-like drawings for each section. Quotes from each section are from Sylvia Plath’s “Ariel,” a book I reread again and again because it haunts me.
I chose to work with the vocabulary and imagery of Plath, McEwen, Sexton and Rich for reasons other than just that I admire their writing and the topics they wrote about as women resonated for this project: Plath committed suicide the year of my birth. McEwen died at age 46, which is how old I was when I almost died. Sexton died in October, the month of my birth. Rich used her poetry to fight against women’s oppression, an oppression I notice keenly as I age.

Amanda Earl is an Ottawa writer, publisher and visual poet. She’s the managing editor of Bywords.ca and the fallen angel of AngelHousePress. More information is available at AmandaEarl.com.

To order, send cheques (add $1 for postage; outside Canada, add $2) to: rob mclennan, 2423 Alta Vista Drive, Ottawa ON K1H 7M9 or paypal at www.robmclennan.blogspot.com
Posted by rob mclennan at 9:05 AM