new from above/ground press: Odds Are, by lary timewell 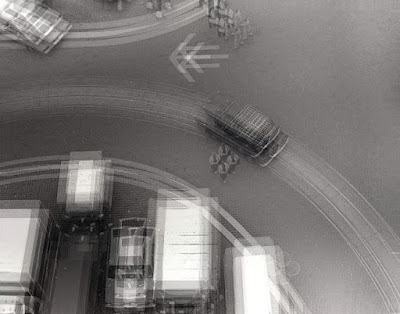 
The distinction disappears but the things remain, as if history were

(history were) an afterimage. Aspirate the h out of it; a unit of eulogy,

one. Arbitrary, so long as we are consistent. Colloquial is not illiterate.

To follow a task greater than to lead. Resolute happiness counting

the beats in anomalous time, reading down the page in 4D. Reading con-

sonantal discontent, boring into the infernal meantime speakers re-

The day is done but (inserted) here to do over again, the work more ill-advised

& ungrammatical than ever. A re-arrangement that never signals defeat. In-

verted, the institution becomes parenthetical to process. When you think

the unspoken (heard) analogies themselves dispense sense. Writing is

value. That it must count for something fair seems unfair. Only the un-

lary timewell is a North Vancouver writer recently returned from 20 years in Fukushima. The co-founder and publisher of the late 1980s and early 90s Tsunami Editions, he has published a number of titles, including two chapbooks from Obvious Epiphanies. Some of his latest work from the expanding manuscript molecular hyperbole recently appeared in Make It True: Poetry from Cascadia, eds. Paul Nelson, George Stanley, Barry McKinnon and Nadine Maestas (Lantzville, BC: Leaf Press, 2015).

This is his second chapbook with above/ground press, after tones employed as loss (2013).

Produced, in part, as a handout at The New Orleans Poetry Festival, April 15-17, 2016. Much thanks to Marthe Reed for her help and support. http://www.lavenderink.org/poetryfest/schedule/