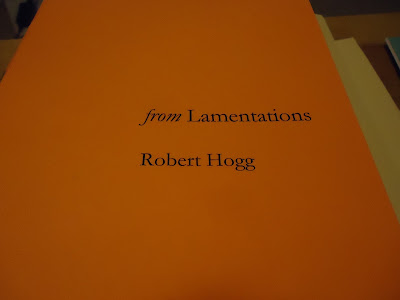 I toss a log
in the kitchen
wood stove

a puff of snow
falls in a swirl
from the eaves

a dazzle of sun
light in the window

Robert Hogg was born in Edmonton, Alberta on March 26, 1942. When he was nine, his father bought a ranch in the Cariboo region in the interior of British Columbia, where the family spent three years; from there they moved to Burnaby, and later Abbotsford and Langley in the Fraser Valley where Hogg finished high school in 1960. He spent the next four years in the English and Creative Writing program at the University of British Columbia where he came into contact with the Black Mountain poets and their poetics and participated in the Tish poetry movement. After graduating in the spring of 1964 Hogg hitch-hiked to Toronto, visited the poet, Charles Olson, in Buffalo, and applied to study under him in the graduate program of the English Department of the State University of New York. Hogg later wrote his doctoral dissertation on Olson under the supervision of Robert Creeley. He completed the course work for the PhD in the spring of 1968 and accepted a position at Carleton University in Ottawa where he taught Modern and Post-Modern American and Canadian Poetry and Poetic Theory until his retirement in 2005.

While at Buffalo Hogg met and married Leslie Flaig, then a music major at the University, who has since become an accomplished artist and photographer. During the next two decades they raised three children on their farm in Mountain Township, about 50 kilometres south of Ottawa, where they grow organic crops and operate a commercial flour mill and natural food distribution company called Mountain Path Inc. At present, Hogg is working on a sixth book of poetry, and editing an extensive anthology of Canadian poetic theory.

[Robert Hogg launches from Lamentations alongside Jeremy Hanson-Finger and Gary Barwin as part of The Factory Reading Series, February 27, 2016]