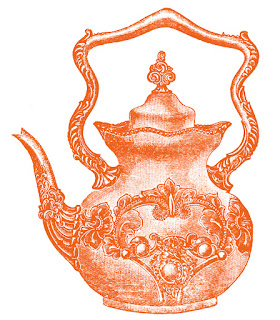 On screen
men discover
that their mothers
are imposters,
that their world’s
unreal.

(We discover this again.)

America
has a lucid dream.

She’s falling
from level
to collapsing level
in someone else’s (whose?)
terrain, through
floorboards, off bridges,
firing desperately.

Someone says, “Dream
bigger,” handing us
an RPG.

Wesleyan published Rae Armantrout’s [see her 12 or 20 questions here, as well as another piece] most recent poetry collection, Money Shot, in January of 2011. Armantrout’s previous book, Versed (Wesleyan, 2009), received the Pulitzer Prize and the National Book Critics Circle Award. It was a finalist for the National Book Award. Next Life (Wesleyan, 2007), was chosen as one of the 100 Notable Books of 2007 by The New York Times. Other recent books include Collected Prose (Singing Horse, 2007), Up to Speed (Wesleyan, 2004), The Pretext (Green Integer, 2001), and Veil: New and Selected Poems (Wesleyan University Press, 2001). Her poems have been included in anthologies such as American Hybrid (Norton, 2009), Postmodern American Poetry: A Norton Anthology (1993), American Women Poets in the 21st Century: Where Language Meets the Lyric Tradition (Wesleyan, 2002), The Oxford Book of American Poetry (Oxford, 2006) and The Best American Poetry of 1988, 2001, 2002, 2004, 2007 and 2008. Armantrout received an award in poetry from the Foundation for Contemporary Arts in 2007 and a Guggenheim Fellowship in 2008. She is Professor of Poetry and Poetics at the University of California, San Diego. Writing in Poetry magazine, Ange Mlinko has said, “I would trade the bulk of contemporary anecdotal free verse for more incisive, chilling poetry like Armantrout’s. The poems gathered here are from a manuscript called Just Saying due out in 2013.