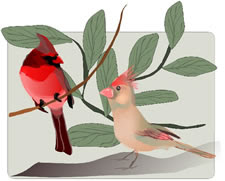 publisht in Ottawa by above/ground press for a reading at the Ottawa Art Gallery, September 25, 2008, as part of the exhibit Evidence: The Ottawa City Project, curated by Emily
Falvey.

some of these pieces have appeared previously online as a Leaf Press "Monday Poem," as part of a feature on Anny Ballardini's Poet's Corner ― Fieralingue website, and on the author's own blog.

Born in Ottawa, Canada’s glorious capital city, rob mclennan currently lives in Ottawa. The author of over a dozen trade books of poetry, fiction and non-fiction, his most recent titles
are the novella white (2007), the travel book Ottawa: The Unknown City (2008), the non-fiction titles subverting the lyric: essays (2008) and Alberta dispatch: interviews & writing from Edmonton (2008). An editor and publisher, he runs above/ground press, Chaudiere Books (with Jennifer Mulligan), Poetics.ca (with Stephen Brockwell) and the Ottawa poetry pdf annual ottawater. He recently spent the 2007-8 academic year in Edmonton as writer-in-residence at the University of Alberta, and regularly posts reviews, essays, interviews and other notices at http://www.robmclennan.blogspot.com/