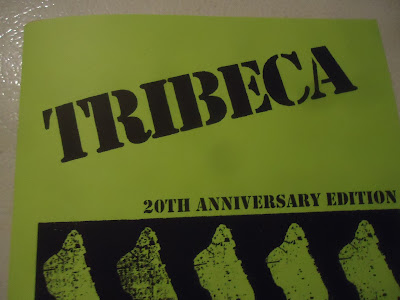 
with a new afterword by the author
$5


no one bothers us


here in the night


even though we don’t sit


watching cops on avenue a


we leave the bottle


empty in its paper bag


published in Ottawa by above/ground press


Tribeca was originally produced through above/ground press in an edition of 300 copies, May 1997. It subsequently appeared in the anthology Groundswell: the best of above/ground press, 1993-2003 (Fredericton NB: Broken Jaw Press / cauldron books, 2003), edited by rob mclennan.


Joe Blades is currently is a PhD Interdisciplinary Studies student at the University of New Brunswick Fredericton where he also earned a MEd in 2012. A participant– researcher in Canadian Studies in the Balkans since 2004, Blades has authored seven poetry books, with three of them also published in Serbian translation. His writings are in over 50 anthologies as well as more than 30 chapbooks the most recent of which is november poems (dusie kollektiv 8 & BS Poetry Society).