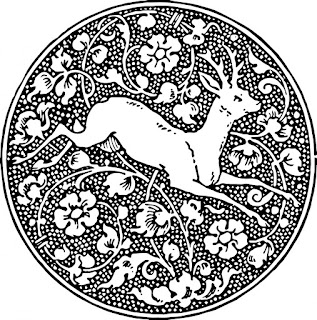 a series of responses to Crosscut Universe:  Writing on Writing from France, ed. & trans. Norma Cole

Amanda Earl is a feisty bitch who refuses to do things in half measures. See Kiki (Chaudiere Books, 2014) and Coming Together Presents Amanda Earl (Coming Together, 2014). Also A Book of Saints (above/ground press, 2015). She’s taken several of rob’s workshops and always benefits, thanks to rob’s philosophy of exposing students to unconventional contemporary writing, and also to the comments and work of each poet, always quite different from her own. Read about Amanda’s myriad shenanigans at AmandaEarl.com or find her on Twitter @KikiFolle.

Claire Farley is from Québec's Outaouais region. She is the co-founder and editor of Canthius, a feminist literary journal. She has writing forthcoming in some mark made, a limited edition publication considering hybrid, material literary practices.

Rosemarie Krausz is a psychologist and psychoanalyst living in Ottawa, who is dedicating her retirement to writing poetry.  She is also a child of Holocaust survivors, which informs many of her poems.

Barbara Myers: I grew up in Halifax but have lived most of my adult life in Ottawa. I first got paid for writing as a girl reporter for The Halifax Mail-Star in the era of typewriters and linotype hot metal composition. More recently—over the past couple of decades—I added a laptop or two in order to contribute poetry, essays and book reviews to many journals and anthologies. Slide, a full-length poetry collection, was a finalist for the Archibald Lampman award (2010). For eight years an active member of Arc Poetry Magazine’s board of directors, I also facilitated the Wellington Street Poets collective and produced frequent collections of the group’s work (as Firegrass Press), including a memorial chapbook of the work of late Ottawa poet Maureen Glaude. The work these days is to put together a new book of poems.

Dawn Steiner began writing poetry under the guidance of Stephanie Bolster in 1997. She has produced three chapbooks The Ties that Bind (1999), Freeze Frame (2000) and Reflections (2001). She was a member of The Wellington Street Poets. The Wellington Street Poets collaborated on five chapbooks: A Capella (1998), Bouquet (1999), Black Leather (2001), All in the Waiting (2002), A Closer Look (2004) and The Temperature of Dreams (2005) and have produced a collection in book form called Oblique Strokes (2007). Her poems have appeared in The Algonquin Roundtable Review, The Voice, Local Lines and Bywords. She is currently working on a collection of her poems.

assignment: zero emerges from rob mclennan’s fall 2015 poetry workshop, in which participants were asked to ‘respond’ to a work of their choice from the anthology Crosscut Universe:  Writing on Writing from France, ed. & trans. Norma Cole (Providence RI: Burning Deck, 2000).

For information on the next workshop conducted by rob mclennan, click here.

To order, send cheques (add $1 for postage; outside Canada, add $2) to: rob mclennan, 2423 Alta Vista Drive, Ottawa ON K1H 7M9 or paypal at www.robmclennan.blogspot.com
Posted by rob mclennan at 10:02 AM