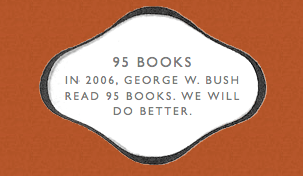 Pearl Pirie reviews Roland Prevost's Culls (2015) and Amanda Earl's A Book of Saints (2015) as part of her ongoing "95 Books" list. Thanks so much! You can see her entire post, from which these two reviews are excerpted, here.

A couple of my favorite poems by Prevost in here including Grounded to Airbourne. because I like the sense of refusal to accept a scene as prescripted. Even within the poem there’s a questioning of the interpretation,

[...] A dragonfly close-up,
my solitary index offered as a perch. Its seeming
friendliness, ad hoc, filled-in. As with all fictions.
Willing fools, we cram every blank with connection.

Ah, truth of how the brain connects and constructs. Rather than make a poem of pursuing one chain of interpretation, it cracks open wider. And how it is said with its pause and surge is gorgeous.

Later in Lenses at Both Ends the poem takes what is a common experience, to look out a lens from each end and takes it wider.


Those preposterous red blossoms
on the tallest branches, rest assured
don’t know your name either.

The position in the world, a little humble, a little absurd and called as such, which is not to say life is not loved or stoically dismissed as not really existing but human place in it is not the authority and master over all, but equal among trees and knowledges. It is a heartening point of view.

I keep saying, no, this is my favourite chapbook from Amanda Earl. This is a different subject and style and yet continuous with the intensity. Here a poem from there at the end of this episode of Literary Landscape. There’s a compassion, elegance, poignancy to the poems. There’s more blunt literal talk than some previous poems, less soundiness, but these still have attention to sound and do not come out shallow for their straightness. Complex and with an insistence on resilient strength. For example Feat of the Guardian Angels, October 2


Does she watch over me
or am I alone?
It’s hard to tell.
I’ve always had the
feeling that I am
protected, but I’ve never
known why. I find no comfort
in death, nor do I understand
those who do. My faith
is in the rocks that tumble
out of the sea after a storm.
In the tumult of the waves,
the raucous calling of the
crows in the dawn
blinded by sleep and
yet I stumble forward.

If you have waves and crows, a poem is apt to stumble me to irritable but somehow she surpasses the elements with the strength and fit of the whole.