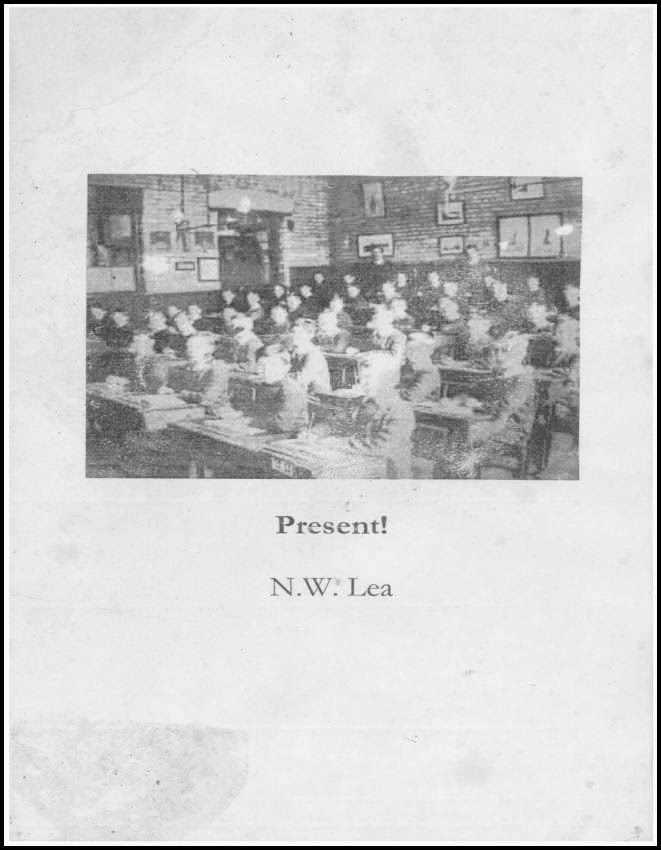 Rebecca Anne Banks was good enough to post a review of rob mclennan's from Hark: a journal (2014) and N.W. Lea's Present! (2014) over at Subterranean Blue Poetry. Thanks, Rebecca! This makes the second review of from Hark: a journal, after Jack Goodall's review over at the Flat Singles Press blog, and the second review of Present! after Ryan Pratt's review over at the ottawa poetry newsletter.

from Hark: a journal is a fantastical Chapbook of poetry, some of the poems have been published previously in Canadian Literature (Vancouver, British Columbia) and at www.abovegroundpress.blogspot.com. Rob McLennan is a Canadian Poetry icon, editor, publisher, poet he operates above/ground press, Chaudiere Books, ottawater, The Garneau Review, seventeen seconds: a journal of poetry and poetics and posts everything poetry on robmclennan.blogspot.com. He is the celebrated author of more than 20 books of poetry.

This was one of a number of Chapbooks sent to me from above/ground press and of all the tomes, this Writer was captivated. In the Chapbook is an introduction that describes the history of the series of poems. The poems were written when Rob’s relationship with Christine was new, they later married. They wrote postcards and letters to each other in their dance of courtship.

“These were small, secret missives, slipped into luggage, pockets or purses before trips, to be deliberately discovered later. On a Greyhound Bus, I reached into my jacket pocket to find three new postcards; halfway between Ottawa and Toronto, little gifts she’d tucked away without my knowledge. Christine’s notes to me were usually composed on postcards she’d picked up years earlier, and written as though from not only the postcard’s point-of-origin, but that time as well, dated months or even years before we’d met . . . I was fascinated by the idea of letters written from foreign geographical and temporal places, sketched out as short postcard pieces.”

The title of the Chapbook is taken from a comic strip by Kate Beaton, “Hark, a vagrant” and at the time he was reading an anthology “Crosscut Universe: Writing on Writing from France” translated and edited by Norma Cole. Four quotes from this book are included in the Chapbook.

The short poetic prose pieces composed by poet Mclennan are titled with a city and a date, reaching various and esoteric global climes and the dates going as far back as 1422, introducing the idea of landscape and history or the temporal. Each poetry vignette includes elements of the essence of the city, perhaps events in the city at that time and weaves in the idea of romance (global and personal) and its antithesis of war, the push and pull of here not here, home not home and violence, the war economy N.A., as someone who has been on a journey and perhaps is traveling:

In a measure of circling. This is an actual letter. The poem, I should say. Response is so simple. Words point out sediment. Rising moon, the Thames are a-changing. Sooting deep, thick industrial smog. Touch, but more muscular. Victoria, princess. A tower, a namesake. This unknown, hiatus. In what available field. The lives of the past. Leave poets be. Betray to her an abacus.”

The poetry reads like a butterfly entranced by the flame of a candle, as if he is reading the missives from his wife and writing responses weaving, weaving:

When talks, are we writing it. A roughhousing passage. To summarize: elegy, bonfire, speech. King’s Tavern, old hat. She rinses a teacup, sews stitch to the blade. Call out your anguish, astonishment. The currency inherent in blasphemous buildings. Hairsplitting. I am no further thickness. Forever is quite a long time. The body is present.”

Edo, a meaning. Open, her soft voice. Each fold of the city, prefecture. When I claim I am present.. Rails of meaning, undamaged. A blossom, a wonderful scribe. Eaten. This death, microscopic. Sending best wishes. What can you tell me. Illuminate, earth and white powder. The mind meditates, fishing. A castle of wonders. I hold two family portraits. A resident plum.”

In cinematic, the Chapbook could be blown up into a book with coloured postcards of the places in the titles of the poems. As if the Oracle in the time of Spring the poetry is enigmatic and definitive captivating romance in history and within the overconstructed politics of the times. from Hark: a journal, a brilliant read from Rob McLennan.

Present! is a fascinating truth-telling of love/life N.A. Written by N.W. Lea who resides in Ottawa, Canada, he has published a book of poetry Everything is Movies, this is his third published Chapbook.

Present! reveals and revels the love diaspora N.A. Written in a post-modern narrative style, the poetry writes as if coming in on the middle of a story/conversation and also ends as if leaving in the middle of a story/conversation. It is a secret dialogue, telling a story without telling a story and secret wordplay, playing with the use of language.

then we were enculturated

then we were inculcated

The theme of love is entangled, as if someone lost in the miasma of where is my love affair heart?

“the swans of hurt
burn circles in the snow”

“I wonder toward
your darker travails
part your mirth
like legs

what religious tissue!
how

estranging beneath the gawking satellites”

The theme of parted loves, perhaps serial lovers is mixed with the last throws of the industrial society and coming into the cyberspace of the New Age, using surreal images of technology. Perhaps a reflection of the disembodiement of the “sex as service machine” phenomena feeding the economy, breaking with the love Spiritus and the Holy Spirit.

“there is circuitry
behind the basement wall

so we bash the veneer
with our amped up bodies

and start tearing out
the wires and chips

we’re blurring
but so
so glad”

“and all our appliances
grow real hearts”

with elements of activism and truthtelling

“what an honour
it is to be killed

by your government’s
masters!”

A rich post-modern impression of a love/death story in poetry, some dark soma of the night. In the words and music of the Poet Leonard Cohen, “Everybody knows”. Present! a great read from N.W. Lea.