new from above/ground press: THE SHINY THINGS by Jay MillAr 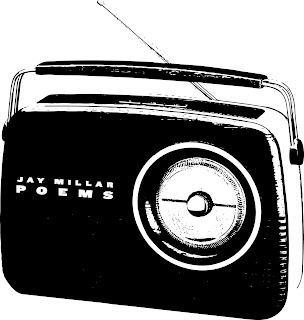 With refreshments wine was usually served and sometimes stronger beverages, and it was not an uncommon sight to see men reeling through the streets and sometimes uproariously drunk at the close of the day.

In the late thirties there was some discussion relative to the introduction of gas.

Jay MillAr is a Toronto poet, editor, publisher, teacher and virtual bookseller. He is the author of several books, the most recent of which are the small blue (2008), esp : accumulation sonnets (2009) and Other Poems (2010). He is also the author of several privately published editions, such as Lack Lyrics, which tied to win the 2008 bpNichol Chapbook Award. MillAr is the shadowy figure behind BookThug, a publishing house dedicated to exploratory work by well-known and emerging North American writers, as well as Apollinaire's Bookshoppe, a virtual bookstore that specializes in the books that no one wants to buy. Currently Jay teaches creative writing and poetics at George Brown College and Toronto New School of Writing, where he is also the co-director.

This is Jay MillAr’s fourth above/ground press title, after “from COAST ALL JOURN ALL” (STANZAS magazine, volume 1, issue #17, 1998), LET'S CALL THESE POEMS ST. CLAIR AVENUE (2003) and the collaborative Hijinks: A Sequence from Double Helix (with Stephen Cain, 2003).