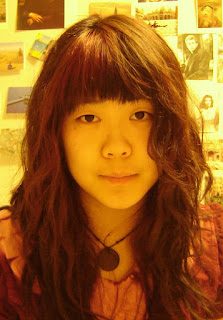 Poet and singer-songwriter, Aurian Haller, lives in Quebec City with his wife and two children.  He is a National Magazine Award winner for 2007, and co-winner of the 2007 Malahat Review Long Poem Prize.  Aurian’s work has also received prizes or been nominated for awards such as the Arc Poetry Magazine’s Poem of the Year contest and the CBC Literary awards.  His poems have been published in Canada, the U.S., Ireland, and Australia.  Aurian’s first book, A Dream of Sulphur, was published in 2000 by McGill-Queen’s University Press.  Song of the Taxidermist will be published by Goose Lane Editions in the spring of 2011.  Much of Aurian’s earlier work drew from his experiences growing up in rural BC.  More recently Aurian has focused on the long poem and explored a range of fields such as Taxidermy, Glossogeny (the origin of language), and the work of Canadian visual artists.  He is presently researching for The Diggers, his next book of long poems on archaeology in the high Arctic.  In addition to poetry, Aurian writes music for and performs with his alternative folk band, The Aurian Haller Band (www.theaurianhallerband.ca).  He also works as an arts consultant and music teacher for the Anglophone school board in Quebec City.
Brenda Leifso has an MFA in Creative Writing from the University of British Columbia, and was the executive editor of PRISM international. Her poetry has appeared in many journals, and has received the Bliss Carman Banff Centre Award for Poetry, as well as awards in the Vancouver International Writers' Festival Writing Contest. Her first poetry collection, Daughters of Men, appeared with Brick Books in 2008. She currently lives in Ottawa.
Chuqiao (Teresa) Yang (pictured) lives somewhere in Ottawa and is currently learning how to learn. she likes reading, songs, and pacing. She has work appearing in recent issues of Grain, ottawater, filling Station and on CBC Saskatchewan.
Posted by rob mclennan at 11:35 AM