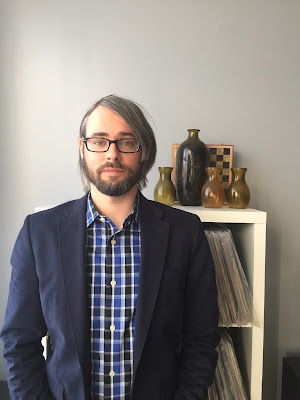 Aaron Tucker is the author of the novel Y: Oppenheimer, Horseman of Los Alamos (Coach House Books) as well as two books of poetry, Irresponsible Mediums: The Chess Games of Marcel Duchamp (Bookthug Press) and punchlines (Mansfield Press), and his latest chapbook with above/ground press Catalogue d'oiseaux. His current collaborative project, Loss Sets, translates poems into sculptures which are then 3D printed (http://aarontucker.ca/3-d-poems/); he is also the co-creator of The ChessBard, an app that transforms chess games into poems (http://chesspoetry.com).

Brecken Hancock's poetry, essays, and reviews have appeared in The Puritan, Arc, Best Canadian Poetry in English, Best American Experimental Writing, The Globe & Mail and Hazlitt. Her first book of poems, Broom Broom (Coach House, 2014), was shortlisted for the ReLit Award and won the Trillium Book Award for Poetry. It was also named by The Globe & Mail's Jared Bland as a debut of the year, and appeared on a number of year-end best-book lists, including the National Post, All Lit Up, and BookThug's Best Reads. She lives in Ottawa.

Ottawa poet Christine McNair's second poetry collection Charm came out from BookThug in 2017. Her first book Conflict (BookThug, 2012) was a finalist for the City of Ottawa Book Award, the Archibald Lampman Award, and the ReLit Award, and shortlisted for the Robert Kroetsch Award for Innovative Poetry. Her chapbook pleasantries and other misdemeanours (2013) was shortlisted for the bpNichol chapbook award. McNair lives in Ottawa, where she works as a book doctor.

rob mclennan’s most recent titles include The Uncertainty Principle: stories, (Chaudiere Books, 2014), the poetry collection A perimeter (New Star Books, 2016) and the chapbook snow day (above/ground press, 2018). His poetry title Household items (Salmon Poetry, 2018) should be out soon, hopefully. He spent the 2007-8 academic year in Edmonton as writer-in-residence at the University of Alberta, and regularly posts reviews, essays, interviews and other notices at robmclennan.blogspot.com. He also runs a reading series (this one!) three blocks away from where he was born.